when anna maria horner's new(ish) lawn fabric, called "fine feathered" in pomegranate, came in to the store, all of my coworkers bought some yardage to make into scarves...  meanwhile, did they leave me even an inch??!!  nooooooo....

so when we got the reorder in, i snagged two yds for myself!  ha! 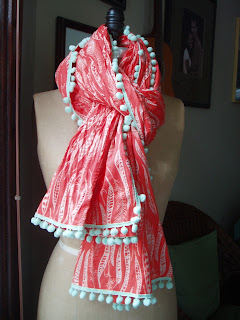 oooohkay...  i guess you either love the whole mini pom pom fringe trend or you hate it...  i kinda dig it myself...  :)

i looked around locally for mint green mini pom pom fringe and couldn't find it...  honestly, i have no idea why the mint green/celadon color was so appealing to me, but i had to have it.  i ordered 4 yds from warehouse fabrics which has a pretty large color selection of mini pom pom fringe.

so i washed the lawn fabric in my machine - cold, gentle cycle.  then, while it was still wet, i twisted it into a hank - much like this:

when it was dry, i ironed out just the perimeter of the fabric so that i'd have a flat surface to sew.

i sewed (btw - if you are sewing a lightweight fabric like cotton lawn, make sure you're using an appropriate sized machine needle) all around with a 1/2 inch seam but left a 3" gap to pull the scarf inside out:

after the scarf is pulled inside out, press the seam flat and sew the gap closed.

to sew the mini pom pom fringe, i needed to use my zipper foot.  i placed the rib portion of the fringe close to the edge of the scarf,  and just started sewing....  this was probably the most time consuming portion of the project..  i was worried that i would catch one of the pom pom the the seam while sewing, so i took it very slow...  :)

i would like my scarf to be a little more wrinkled than pictured, so, i'll most likely dampen it down again later by spraying it with a bit of water and then twisting it into a hank again....

all in all, i LOVE my new scarf!  we have some more beautiful lawns in the store and have also gotten in a shipment of different sized pom pom fringe...  already have my eye on some fabric and complimentary trim!  >:)

thanks for coming by and reading!

Posted by Unknown at 10:15 PM No comments: Links to this post

Email ThisBlogThis!Share to TwitterShare to FacebookShare to Pinterest
Labels: crafting, handmade, i made this, sewing

i love when a new generation "discovers" the thrift store...

(heads up, the version below is not clean, so prolly shouldn't play around little ears...)

happy friday!  hope y'all  have a relaxing extended weekend!  :)
Posted by Unknown at 8:42 AM No comments: Links to this post

recently, we dedicated a week of school to give thanks to the teachers who truly go above and beyond...  i modified the reversible bag pattern i usually use by shortening it a little and adding a pleat in the middle...  i kinda dig it: 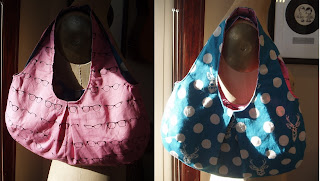 this one was made for a teacher who is also a whovian.  we picked out the fabrics for the similar tardis console room geometrics and the space whale episode. 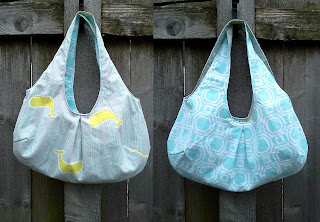 the art teacher at school is an accomplished mosaic artist - a common icon/inspiration she uses is the sugar skull. this bag was for porkchop's teacher.  i really liked the doodles in the grey fabric which remind me of his love of doodling... 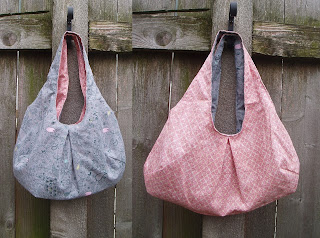 this bag was for paloma's teacher who was wearing a similar color combo and whose fave color is green. 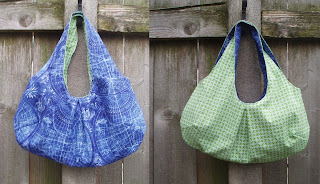 lastly, i wanted to update you on the status of the Colette Laurel contest.  sadly, i didn't make it into the readers' choice round, but i had some stiff competition.  please check out the finalists and vote for 5 of your faves here!

thanks for coming by and reading!
Posted by Unknown at 9:31 AM No comments: Links to this post